Today has begun as just another regular day. The holidays are on, the child has a set of toys he or she is pre-occupied with, you have planned a number of tasks that have to be finished by the end of the day. One among these tasks is the regular health checkup to the doctor or even a routine dentist’s visit. You have prepped the child for the whole week in anticipation of this. You’ve explained how important this is and why it needs to be done. Yet, as you begin pulling him/her to get ready and freshen up, the familiar tussle begins. There is hesitation, whining, rebellion at being pulled away from their toys or television. Minutes stretch into hours and it seems unlikely that anything is going to get done today. Tears, fights, screams and rebellion follows thereafter.

As children grow older, conflicts are a part and parcel of their growth. With this they test limits of their freedom, what is permissible, understand boundaries and resolve conflicts. With parents having our own set of issues and work stress, it often ends up in verbal fights, shouting and unending tantrums.

Conflict resolution is a key skill that children learn, as they grow. This is often from mimicking parent’s behaviors and over a prolonged period of time. But then again, we can’t assume that they will behave as we want them to. They must need to understand the ‘why’ of our reaction and not just the reaction itself.

Reaction takes just a matter of seconds, even making statements such as ‘You’re such a bad child’ or ‘I never expected this from you’. These statements can be very personal and children feel that they are being attacked. Instead by our own behavior, we can encourage children to examine what they ‘feel’ before doing or saying something. Make up scenarios, talk of examples and allow the child to come up with possible reactions to them. When we take the lead, it is possible for them to model their behavior on us.

It is very normal in the heat of the moment to use words that can otherwise be very hurtful and disrespectful to the child. Children pick up such words and throw it back to other kids or parents. It is better to show by example to be quiet when at a loss for words, rather than insensitive with poor word choices. Telling the child it is difficult to take back words, makes them realise the importance of it. Ask them to keep their vocabulary ready for just such instances, so they are mindful of what they speak.

LISTEN, WITH EYES AND EARS

Communication isn’t just about words but body language too. We all communicate with our hands and feet and facial expressions. By understanding and explaining this to children, we help them to read these ‘non-verbal clues’ and respond compassionately during a conflict. Our actions are mimicked in their reactions.

Experience is the best teacher, and also admitting when one makes mistakes. Conflicts are common and there are a host of reasons that they escalate. Encouraging children to communicate and express what they feel begins from us. Understanding how words make people feel, admitting mistakes and then becoming friends is a process that resolves conflicts and makes things easier to deal with.

The next time when another tantrum threatens to strike or work gets delayed because children don’t co-operate, we hope you use these techniques to smoothen things out. At Small Bites we constantly deal with children to manage very sensitive and stressful dental work. It is here that these techniques have stood us in good stead. 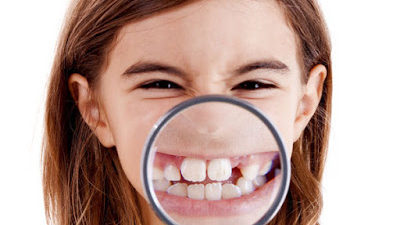 Process of Dental Caries in Children

All of us are well aware of what teeth decay actually looks like, how it manifests itself, the physical changes and the causes for it. Not many... 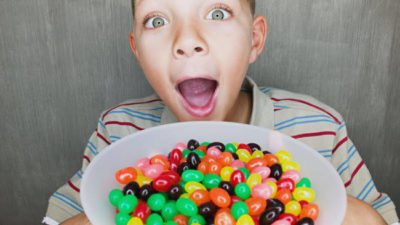 After Diwali celebrations, the season of Halloween and another set of holidays in the coming months, children can get tempted. Here’s how to... 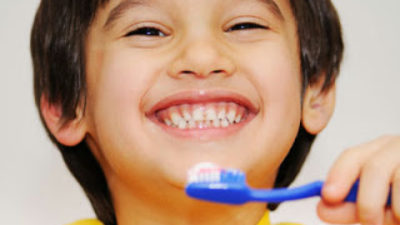 Good oral care habits from an early age is vital for your child’s development and ensure they have healthy teeth and gums into adulthood, but it...